Mr.Varun is an Excavator Parts Dealer in India, he sales various type of excavator parts including: attachments, hydraulic parts, excavator chassis parts, engine parts. etc. He has a few suppliers in China.

We met Mr.Varun at the 2016 Bauma Conexpo India. We were just exchanging contact information at that time and had a nice brief conversation. After the exhibition, one of our sales, Alice, has been tirelessly following up on earning the cooperation chance with Mr.Varun. However, Mr.Varun already has a stable supplier for the buckets already. From 2016-2018, we haven't cooperated in anyway. During the period, we has been always politely email Mr.Varun when there was a exhibition and ask him to come visit our booth and exchanging some market insights.

Until 2018, there was a problem occuring with Mr.Varun's supplier in China. And the shipment wasn't able to be delivered on time. According to Mr.Varun, it will caused a lose near $70,000 U.S. Doolars to his company, including the risk of geting lawsuit or being put under legal risk.

At the last resort, Alice was been contacted by Mr.Varun, and we got our first shot cooperating with Mr.Varun. It's a large amount order, which will be quite a risky move for Mr.Varun and we totally understand Mr.Varun's concern. We kept sending photos and vedios of his order's production process and quality control process, so he would know clearly about how his order's prodcution process was going.

It's a very rush order with a large amount of quantity, which required lots of effort on our production arrangments, but we finally finished it had it shipped on time. As what Mr.Varun comment,"Your product's price and quality are very good!". We are now in a stable cooperation relationship with Mr.Varun.

After acquired the permission from Mr.Varun, we will post some of our chat record below: 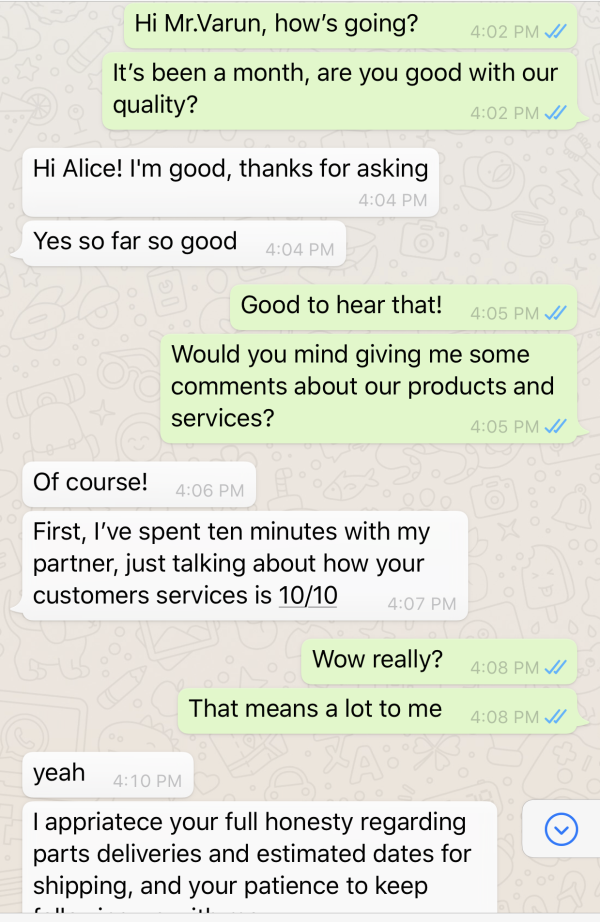 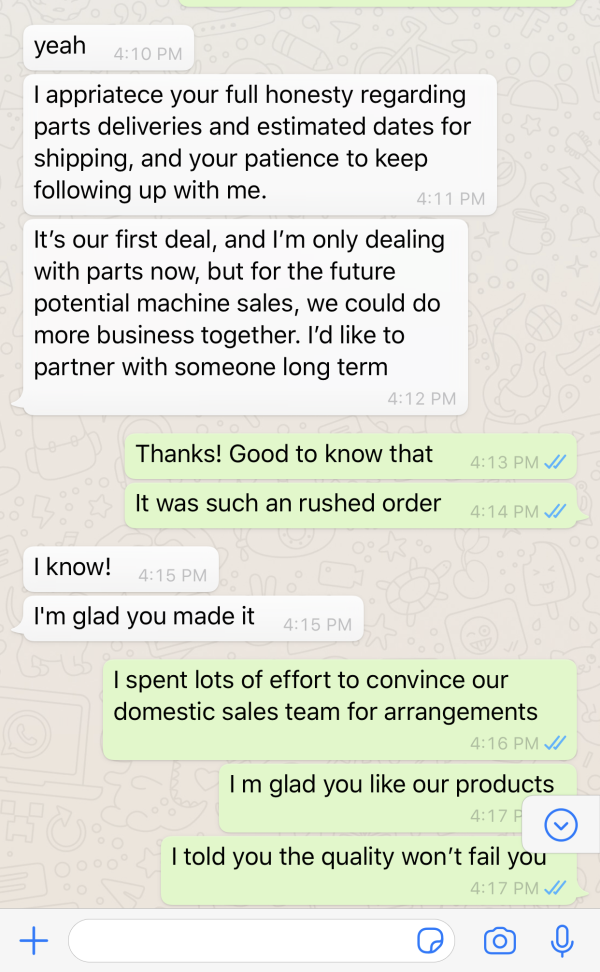